4WD Lock vs 4WD Low: What is the Difference? 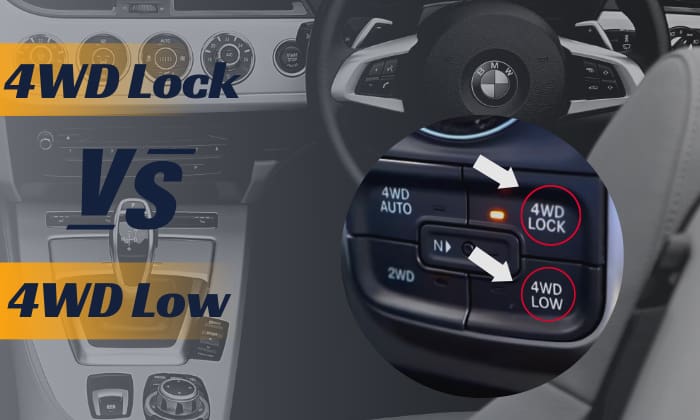 When driving your vehicle and taking road trips, it is inevitable that there will be driving conditions that would put your vehicle’s wheels to the test.

One must consider the roadway you are going to drive as it can be dirt roads, rural roads, snow-covered roads or long highways.

In driving four-wheel vehicles, how do you identify and compare 4WD Lock vs 4WD Low? Continue reading this article, as we provide detailed information and differentiate the two mechanisms.

What’s 4WD Lock and How Does it Work?

4 wheel drive lock (or 4WD Lock) means that you are driving with an equal speed of both front and rear tires at the same time. However, it cannot lock the speeds of the wheels on the axle itself.

Should your front axles stop spinning, lose traction or get stuck at some point, the rear axles would continue to spin and force your way out and move you forward.

4WD Lock is used for unpaved roads or highways to drive at higher speeds at up to 55mph. It is used for snow, light sandy roads, and dirt roads, as it doubles the traction (which is the maximum amount of friction between the vehicle and the ground) of the four wheels.

What does 4WD Low Mean? How Does it Work?

In other words, your vehicle’s toughness is more important than speed to overcome tricky road situations.

The speed of the vehicle mustn’t go over 15MPH during 4WD Low. You don’t want to damage your gears or get stuck on rocky surfaces.

Engaging in 4WD Low will also keep your brakes from malfunctioning, as well as the undercarriage of your vehicle during steep climbs going down slopes.

For the latest vehicles, there is a button to press when shifting into a 4WD low. Other vehicles would need to shift to neutral before using 4WD Low on tough terrains. Older trucks usually have a lever in order to shift into 4WD Low. 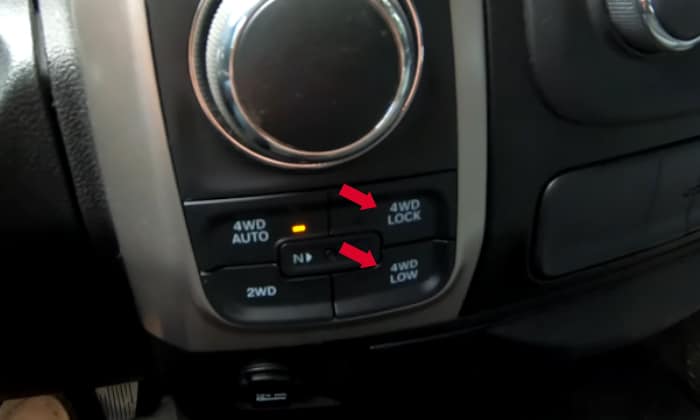 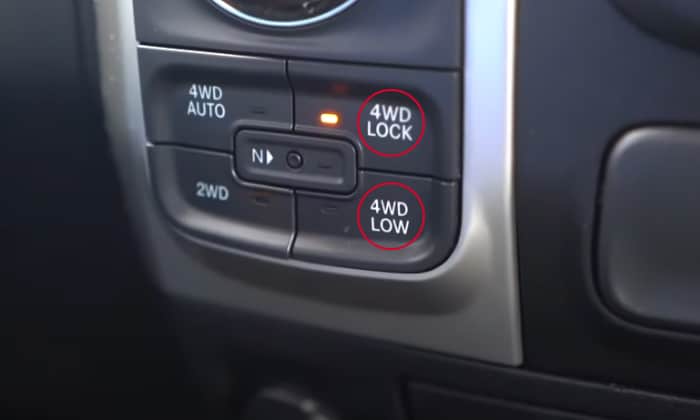 It requires less torque as it focuses more on speed and has center differential lock, and does not engage in cross-axle locking

On the other hand, 4WD Low uses more traction and requires tighter gear ratios. It relies more on the traction and uses less speed to get out of extreme off-road situations. Driving in 4WD low should not exceed 15MPH.

Driving in rough terrains, the Ram 1500 is a good example of a Ram 4WD lock equipped vehicle as it is equipped with eTorque, which is the standard engine for Ram pickups, as it features a hybrid of the V6 and V8 engines.

Use 4WD lock Ram 1500 to maneuver your way during off-road and is reviewed to be fast on dirt roads.

Typically, if your vehicle is capable of a 4WD lock, you need not worry should your wheels slide off during off-road as your front and rear axles are all spinning at the same time. This can get you to your destination quickly since it is meant to be driven at high speeds.

For 4WD Low, your vehicle’s wheels operate with more torque and momentum especially in deep sands or climbing up hills. It is best to drive in low speed not over 15MPH during 4WD low.

Use auto 4WD lock to automatically switch gears when you want to drive with all four wheels during off-road conditions such as snowy roads, mud, and dirt roads.

However, in extreme off-road conditions, it is better to use 4WD low such as when you are climbing up hills, steep slopes and declines, and deep sands. 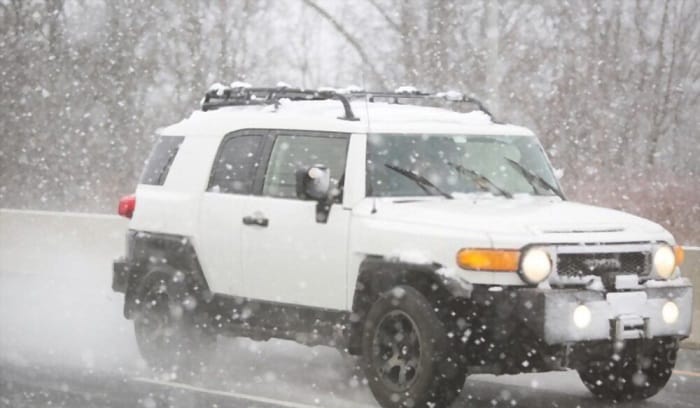 Should I use 4WD Lock or low?

It is important to know what kind of off-road condition you are going to encounter to know which mode to use on your vehicle. Use 4WD lock if you want to drive simultaneously with your four wheels on unpaved roads. While on extreme road conditions, use 4WD Low.

What is 4WD lock used for?

4WD Lock is used for faster speeds where road conditions are not normal such as snow, light sand roads and dirt roads.

How fast can I go in 4WD lock?

In 4WD lock, your speed should not go over 55MPH. Exceeding this speed range can damage your front and rear wheels or worse your engine when off-road.

What is 4WD lock on RAM?

4WD lock on RAM allows users to drive with four wheels with equal power on off-road conditions. RAM also features a 4WD auto which is best used for snow and towing.

4WD lock means that the front and rear wheels are locked and spin at the same rate at the same time at high speeds. Hence, they are the same in terms of their function.

All-wheel drive (AWD) is used during on-road and normal road conditions, and transmits power from the engines to all four wheels at the same time. While 4WD functions by pressing a button or pulling a lever, and by doing so, the front and rear axles are locked to operate simultaneously with equal power during off-road conditions.

Which 4WD Vehicle is Better, Jeep Liberty or Jeep Compass?

Now that you have read the difference between 4WD High vs 4WD Low, you can now identify which function to use in off-road situations. It is important to drive in 4WD lock when encountering slippery roads or dirt roads that require speed more than power.

In 4WD low, more power and brute-force is required rather than speed. If you find what you have read helpful, feel free to share this article on 4WD Lock vs 4WD Low.

How to Break the Club Steering Wheel Lock? – 2 Easy Ways

How to Unlock Steering Wheel Without Key? – 3 Methods

Rally-america.com is a participant in the Amazon Services LLC Associates Program, an affiliate advertising program designed to provide a means for sites to earn advertising fees by advertising and linking to Amazon.com. Amazon, the Amazon logo, AmazonSupply, and the AmazonSupply logo are trademarks of Amazon.com, Inc. or its affiliates. As an Amazon Associate, I earn from qualifying purchases.